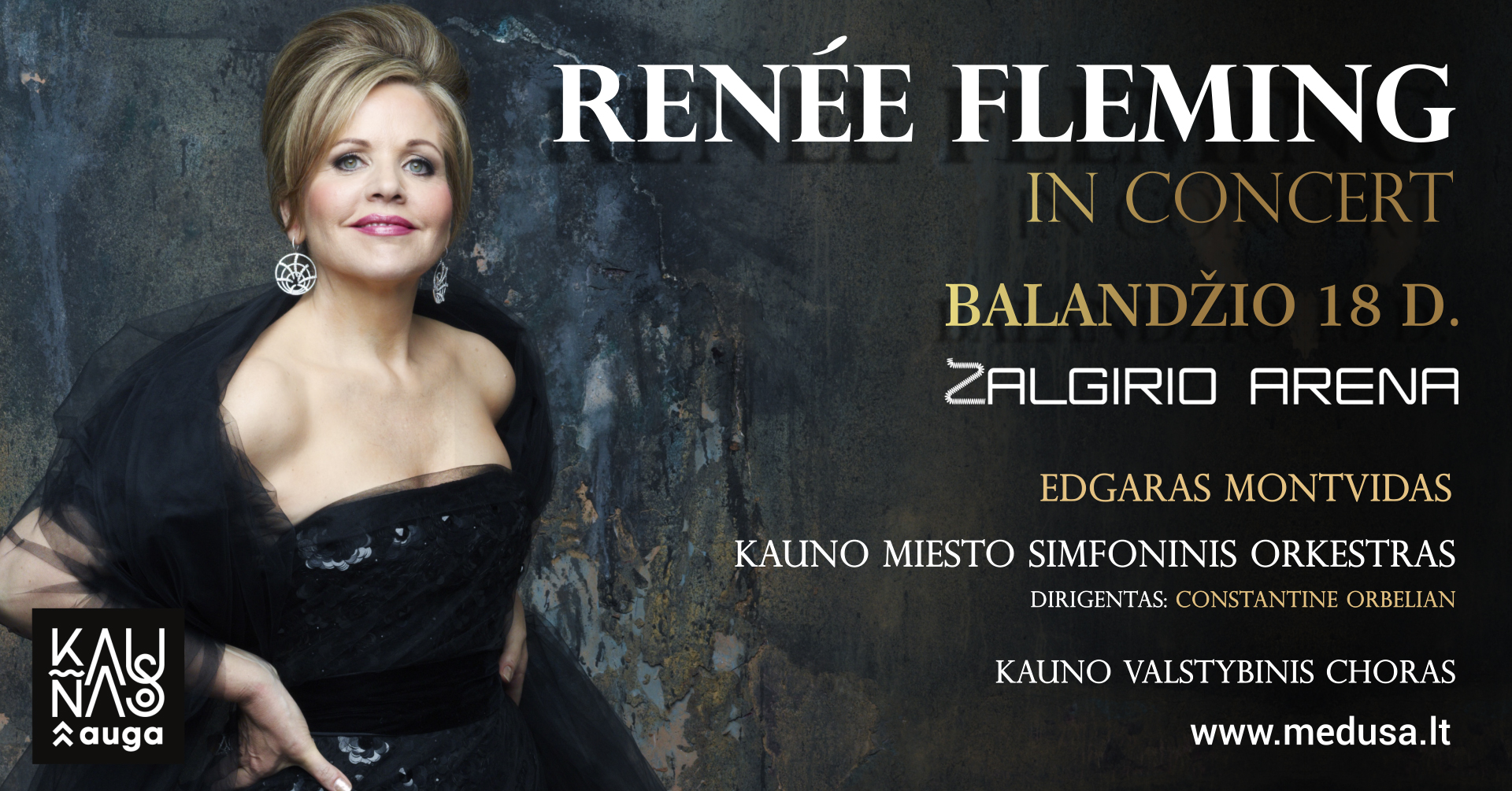 On the second Easter Day, April 18th, at Kaunas „Žalgiris“ arena will perform today one of most popular soprano superstars, Renée Fleming.This Gala concert is the biggest event of recent years, as together with Renée Fleming on the stage will apear Kaunas City Symphony Orchestra, Kaunas State Choir and one of the most famous Lithuanian soloists, tenor Edgar Montvidas. At conductor’s desk – well-known in the world of academic music maestro Constantine Orbelian (USA).
Renée Fleming is one of the most acclaimed singers of our time, performing on the stages of the world’s greatest opera houses and concert halls. Honored with four Grammy® awards and the US National Medal of Arts, Renée has sung for momentous occasions from the Nobel Peace Prize ceremony to the Diamond Jubilee Concert for Queen Elizabeth II at Buckingham Palace. In 2014 she sang in the televised concert at the Brandenburg Gate to commemorate the 25th anniversary of the fall of the Berlin Wall. A ground-breaking distinction came in 2008 when Renée became the first woman in the 125-year history of the Metropolitan Opera to solo headline an opening night gala.
Known for bringing new audiences to classical music and opera, Renée has starred in and hosted an array of television and radio broadcasts, including The Met: Live in HD and Live from Lincoln Center. Her voice is featured on the soundtracks of Best Picture Oscar winners The Shape of Water and The Lord of the Rings. She has recorded everything from complete operas and song recitals to indie rock and jazz. Renée’s latest album is Voice of Nature: The Anthropocene, with Yannick Nézet-Seguin as pianist. A collection of classical songs and specially commissioned world premieres, the album focuses on nature as both inspiration and casualty of humans.

In 2019, Renée appeared opposite Ben Whishaw in Norma Jean Baker of Troy to open The Shed in New York City. Later that year, she performed world premieres by André Previn and Kevin Puts with the Boston Symphony Orchestra, and the London premiere of The Light in the Piazza, bringing the acclaimed production to Los Angeles and Chicago in the autumn. Renée earned a Tony Award nomination for her performance in the 2018 Broadway production of Rodgers and Hammerstein’s Carousel.

Renée’s book The Inner Voice was published by Viking Penguin in 2004 and is now in its sixteenth printing. It is also published in France, the United Kingdom, Germany, Japan, Poland, Russia, and China. Artistic Advisor to the Kennedy Center and Advisor for Special Projects at LA Opera, Renée also leads SongStudio at Carnegie Hall. She is Co-Director of the Aspen Opera Center and VocalArts at the Aspen Music Festival. Renée’s other awards include the Fulbright Lifetime Achievement Medal, Germany’s Cross of the Order of Merit, Sweden’s Polar Music Prize, and France’s Chevalier de la Légion d’Honneur.
After graduating Lithuanian Academy of Music and Theater, Edgaras Montvidas was a member of the Royal Opera House, Covent Garden Young Artists Programme. Since then he is regularly appearing at the leading opera houses and orchestras both in Europe, US and Japan.

Opera plans this season and beyond include the title role in Werther for Bergen National Opera; Boris in Katya Kabanova for Hamburg Opera; Pinkerton Madama Butterfly for Opéra Nationale de Lorraine, Nancy as well as debuts at Zurich Opera, La Scala, the Bregenz Festival, Theater an der Wien and his return to the ROH, Covent Garden.

Over the past seasons, the orchestra has made a remarkable series of recordings, produced tremendously successful projects and had the honor of performing together with the world’s most famous soloists, who are welcome guests at the most important opera houses in the world, such as the Metropolitan Opera in New York, the Royal Opera House in London, Milan’s La Scala, and Vienna State Opera – Dmitri Hvorostovsky, Marco Caria, Lawrence Brownlee, Charles Castronovo, Stephen Costello, John Osborn, José Carreras, Stefano Secco, bosas Ildar Abdrazakov, Nadine Sierra, Ekaterina Siurina, Isabel Bayrakdarian, Oksana Dyka, Asmik Grigorian, Lynette Tapia, Barbara Frittoli, Veronika Dzhioeva, Elīna Garanča, Oksana Volkova and it‘s are just some of the great‘s have performed with the Kaunas City Symphony Orchestra of Lithuania.

For over 30 years, the brilliant American pianist and conductor has been a central figure in Russia’s and Eastern Europe’s musical life – first as Music Director of the Moscow Chamber Orchestra and the Philharmonia of Russia. He is the founder of the annual Palaces of St. Petersburg International Music Festival and is the Chief Conductor of the Kaunas City Symphony Orchestra in Lithuania. In 2016 he also became General and Artistic Director of the State Academic Opera and Ballet Theater in Yerevan, Armenia.

Opera News calls Constantine Orbelian “the singer’s dream collaborator,” and commented that he conducts vocal repertoire “with the sensitivity of a lieder pianist.” The California-based conductor tours and records with American stars such as Renée Fleming, Sondra Radvanovsky, Lawrence Brownlee and Stephen Costello, and made numerous celebrated recordings for Delos with Dmitri Hvorostovsky before the legendary singer’s untimely death. Appearances in the USA have included numerous performances at the Great Performers series at Lincoln Center, Stern Auditorium at Carnegie Hall and the Mostly Mozart Festival, as well as performances at the great musical centers in the United States, Canada, and Central and South America.

Kaunas State Choir started its professional artistic career on October 23, 1969. Since the foundation of the choir, it had been led by the laureate of the Lithuanian National Award – Professor Petras Bingelis. On December 2020 Professor passed away. Since March 2021 Kaunas State Choir Artistic Director and Chief Conductor is Lithuanian National Culture and Art Prize Laureate, Professor Robertas Šervenikas.

The choir has prepared more than 250 voluminous instrumental-vocal pieces belonging to the world music classics ranging from the Middle Ages to modern music: oratories, cantatas, masses, passions, stage and concert versions of operas. The Kaunas State Choir has held more than 3000 performances in Lithuania and far beyond its borders. More than 75 thousands of auditors listened to the cantata „Carmina Burana“ by Carl Orff that the choir performed in the Berlin Stadium; G. F. Händel’s oratorio ”Messiah“ was performed by the choir as many as 80 times.

In concert halls of Lithuania, the Kaunas State Choir is known as a performer of premieres of foreign and Lithuanian composers’ music. The choir has prepared more than 250 premieres under the baton of the most famous Lithuanian conductors – Jonas Aleksa (1939-2005), Saulius Sondeckis (1928-2016), Juozas Domarkas, Gintaras Rinkevičius, Robertas Šervenikas and with the accompaniment of Lithuanian National, State symphony and chamber, opera and ballet theatre orchestras. Compositions of Gustav Mahler, Carl Orff, Sofia Gubaidulina, Alfred Schnittke, Arnold Schöenberg, Dmitri Shostakovich, Pēteris Vasks, Jasques Loussier were introduced to the Lithuanian audience for the first time. 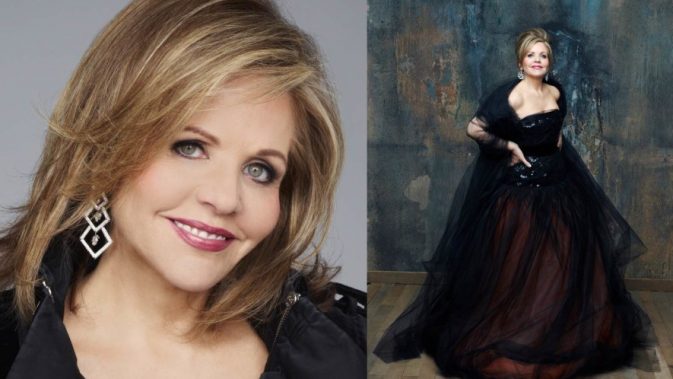 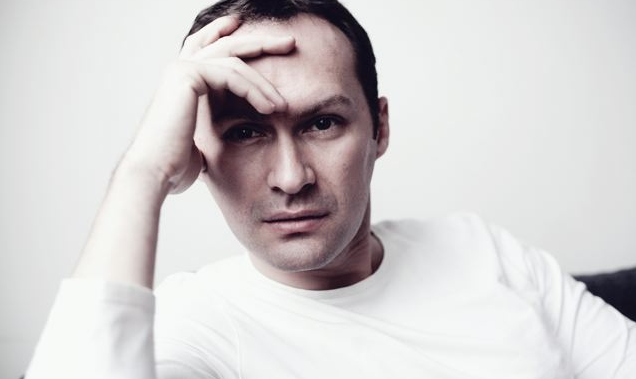 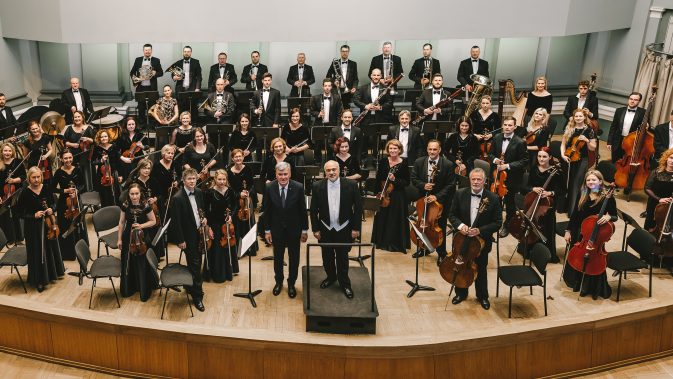 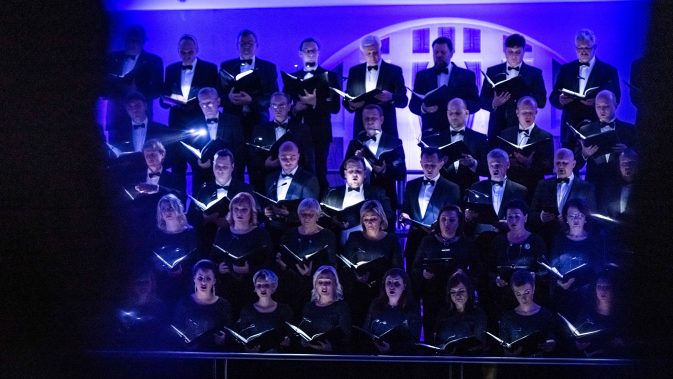 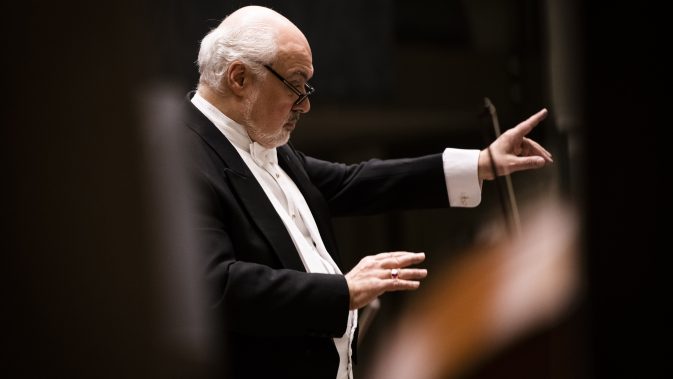