The Finest Opera Singer Charles Castronovo Has Arrived in Kaunas 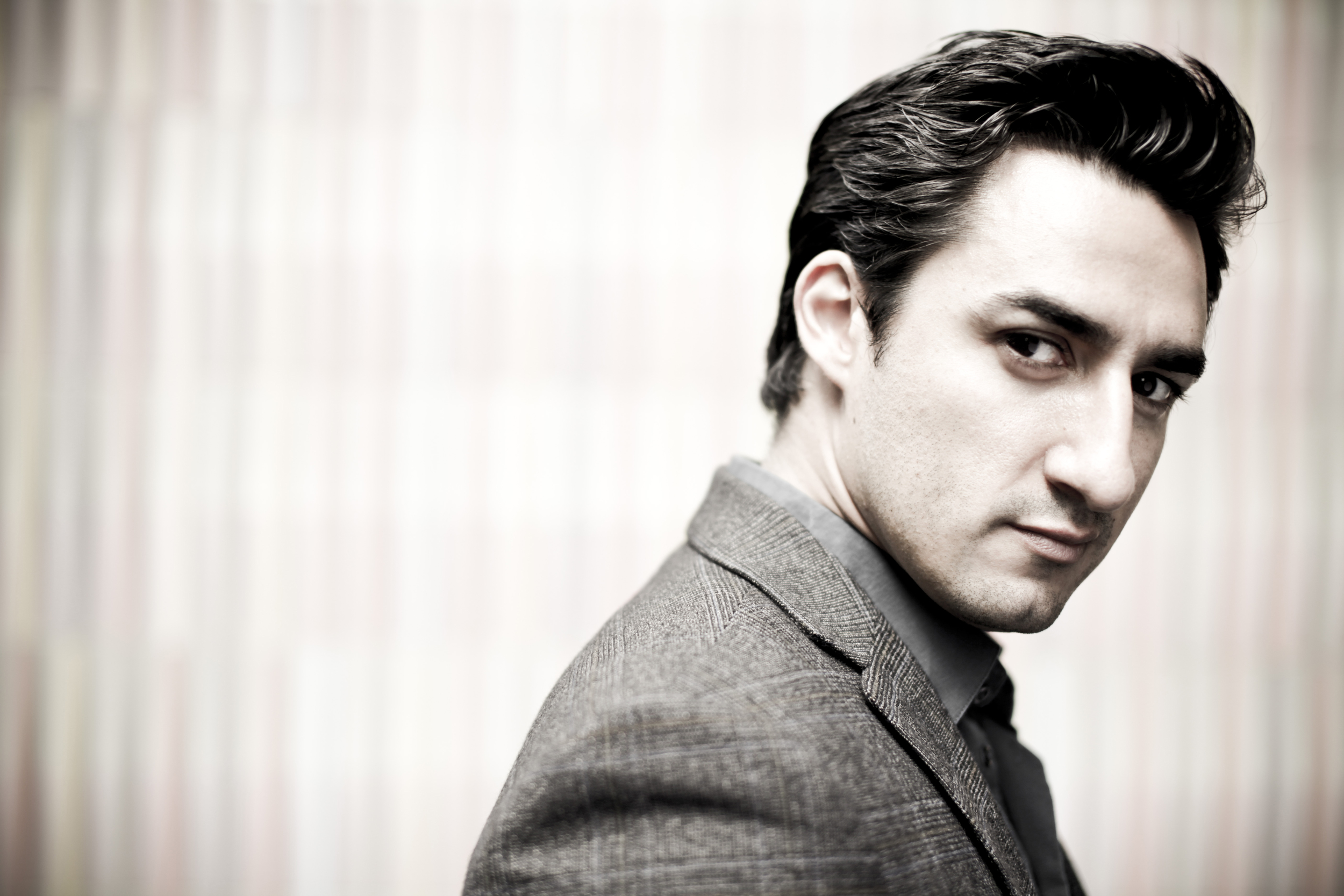 A world-famous opera star from the United States Charles Castronovo has arrived in Kaunas just for two days, but this time the audience will not see him on the stage. Together with Kaunas City Symphony Orchestra, he was recording the most beautiful arias. One of the best lyric tenors of his generation, performing at the biggest and most professional scenes, Ch. Castronovo was recently acclaimed as the world’s best opera vocalist after the international opera awards.

His wife soprano Ekaterina Siurina is also recording the most beautiful arias with Kaunas City Symphony Orchestra. Thus, the upcoming album will feature their duet recorded in Kaunas. Currently recording the most beautiful opera arias according to her own program, the Russian soprano E. Siurina received an offer to become a soloist with the Moscow theatre Novaya Opera during the time of her studies. So far, she has performed at the Royal Opera House, Covent Garden (London), La Scala (Italy), Metropolitan Opera (New York) and other famous theatres. She has repeatedly won first prizes in prestigious competitions. Soloist’s spouse Ch. Castronovo has also demonstrated his talent in Covent Garden in London (United Kingdom), the New York Metropolitan Opera (USA), State Operas of Vienna (Austria) and Berlin (Germany), the Opéra Bastille in Paris, and many others; also, in the classical music festivals of Salzburg (Austria) and Aix-en-Provence (France). The famous US tenor also performs as a solo singer in major concert halls. He has visited China, Japan, Russia, Denmark, and has performed with the world’s best orchestras: the New York Philharmonic Orchestra, the Chicago Symphony Orchestra and others.

According to the head of the Orchestra Algimantas Treikauskas, Kaunas City Symphony Orchestra also started publishing projects at the end of the 14th season together with musicians from Armenia and Belarus. The orchestra and soloists were conducted by a chief conductor Constantine Orbelian. Therefore, it is reasonable to call May a month of serious musical work. The soloists of the Armenian National Opera and Ballet Theatre tenor Hovhannes Ayvazyan and baritone Gevorg Hakobyan have already participated in the recordings. The participant of another publishing project is the Belarusian mezzo-soprano Oksana Volkova who has already performed with the Kaunas City Symphony Orchestra not once.

O. Volkova is the winner of many prestigious international competitions and several times has been awarded for the development and promotion of the classical music genre.

“We are currently working on a really tight schedule due to the various factors: both the orchestra and soloist are very busy. Thus, the challenge is great for everyone: we have to make three recordings, which, without doubt, will spread widely around the world, delighting fans of classical music with great songs, talented performers and good record quality. I think it should be reminded that there have been a lot of records made in Kaunas so far. They are sold in opera houses in different countries, online or in specialized stores if there are any left somewhere. A few years ago, the album of Verdi’s opera “Rigoletto”, recorded by Kaunas City Symphony Orchestra, a good friend and baritone the late Dmitri Hvorostovsky and other soloists, became the most popular recording of that opera. In addition, it earned international recognition for Kaunas, and although a Grammy Awards was not won, it was already the second nomination. We got into the top five of the world’s best recordings, which is a very significant achievement,” said C. Orbelian, the chief conductor of Kaunas City Symphony Orchestra, asked by the ELTA journalist during a short break between recordings.