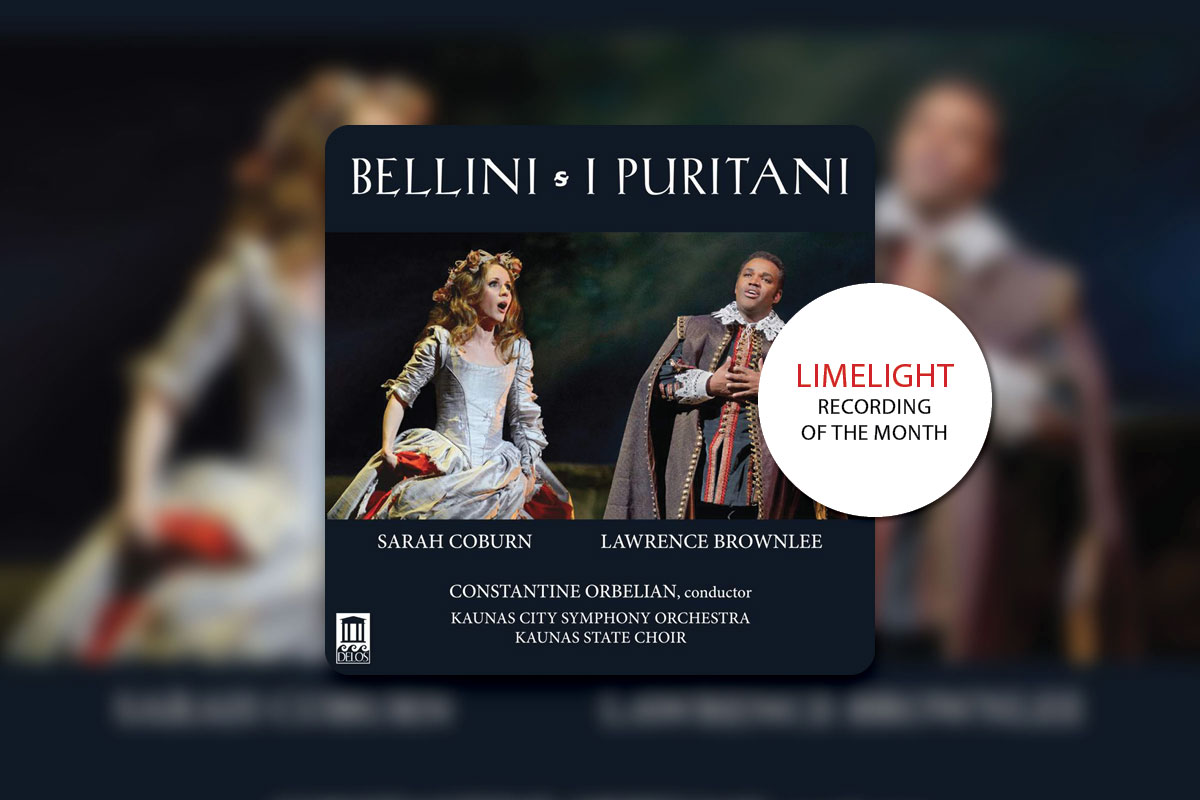 Kaunas may be Lithuania’s second city when it comes to size, but its artistic reputation is first-rate thanks to its excellent symphony orchestra. In recent years, the American Delos label has forged a special relationship with Kaunas, producing a series of impressive operatic studio recordings featuring the late Dmitri Hvorostovsky as well as recital discs, including two with American bel canto wiz Lawrence Brownlee. This latest offering, featuring Bellini’s mellifluous swansong I Puritani, may just be their finest to date, conducted as usual by Constantine Orbelian, with Brownlee joined by the excellent American coloratura soprano Sarah Coburn.

I Puritani (The Puritans) was Bellini’s final opera before his death at the tragically early age of 33. A bumpily scripted historical romance set in the English Civil War, its tale of love and betrayal involving Roundheads and Cavaliers has never quite achieved the popularity of Norma or Sonnambula, which is a pity as it shows the composer building on his earlier work, and musically it contains some of his finest ideas. Part of its huge success at its Paris premiere in 1835 was attributed to four outstanding singers: Lord Arturo Talbo was sung by the great Rubini, Elvira, his betrothed, was played by Giulia Grisi, Riccardo, the Puritan leader in love with Elvira, was sung by Antonio Tamburini, and Giorgio Valton, Elvira’s uncle, was Luigi Lablache.

The so-called “Puritani Quartet” has cast its shadow over subsequent performances, so how does the new recording stack up? First of all, a big tick goes to Orbelian and his fine orchestral forces. His expansive yet dramatically alert pacing of the opera gives the singers plenty of breathing space to make the most of solos and ensembles. The recording has just the right degree of resonance and air around the voices. The balancing, with the splendid Kaunas State Choir and soloists well forward, allows room for some telling aural and special effects, especially in the atmospheric opening scene with its sonorous fanfares, drums and church bells.

As Elvira, Sarah Coburn is a real find. Steely in the middle register and silvery on top, her voice is a lovely instrument. What’s more, she invests the text with plenty of character, ensuring the role never becomes merely a coloratura showcase. More human than Sutherland, more girlish than Caballé, she’s pretty darn perfect, delivering a truly graceful Son vergin vezzosa. The voice is also most effectively sustained across the lengthy mad scenes.

Lawrence Brownlee is equally impressive as Arturo, his lyric tenor managed superbly in what is a demanding role. Flexible, and strikingly comfortable with music that sits high in the voice, his A te, o cara is magnificently spun, while the cheeky top F that Bellini calls for in the final ensemble is a moment of special pleasure.

Kazakhstani baritone Azamat Zheltyrguzov and Lithuanian bass Tadas Girininkas are more than up to the demands of the lower-voiced men. The former invests the never-entirely-villainous Riccardo with a smooth, warm nobility, while the latter’s rich, cavernous tones underpin ensembles to telling effect.

With only a handful of Puritani studio recordings in the catalogue, this new version can be welcomed without reservations.